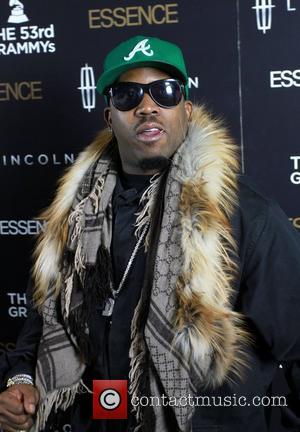 Rapper Big Boi is moving closer to achieving his goal of recording with veteran British singer Kate Bush after connecting with his dream collaborator on Wednesday (15Aug12).
The Outkast star expressed his desire to team up with Bush earlier this year (12), admitting he would love to get in a studio with her and let the music flow "organically".
He said, "I want her to co-produce something with me. We'd produce a song and write it from scratch. I'd rather get her in a room and not have a plan and just let it come organically - it's not like I've got a song and I'll just be like, 'I want you to sing this part right here.'"
On Wednesday, Big Boi updated his Twitter.com followers with his progress on the dream duet and expressed his excitement at chatting to the Wuthering Heights hitmaker on the phone.
He wrote, "Just Got off the Phone with Kate Bush !!!!!!!!!!!!!!!!"
However, he refused to reveal anything about what they chatted about and when one fan asked if the odd duo had secured dates to hit the studio together, he replied, "Stay Tuned..... ooooowwww!"
Big Boi is preparing to release his second solo album, Vicious Lies and Dangerous Rumors, later this year (12).