'Pineapple Dance Studio' star Andrew Stone will enter the 'Big Brother' house today (21.07.10) to teach the housemates how to sing and dance for their latest task. 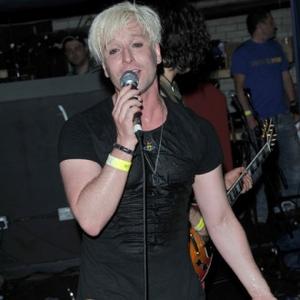 The 'Pineapple Dance Studio' star is set to arrive this morning and he will teach the housemates to sing and dance for their latest task, which is based on hit US show 'Glee'.

Although he is their teacher, the choreographer will become a proper housemate and will eat and sleep in the house for the duration of the two-day task.

After he arrives, Andrew will host a warm up dance class before housemates have to emulate a character from 'Glee'.

The aim of the challenge is to record a version of 'Don't Stop Believing' and once Andrew feels they are ready he will allow them to sing their parts in the recording studio built especially for the task in the small side room.

Tomorrow (22.07.10), the housemates will perform the specially-recorded routine, which fans will be able to watch on the official 'Big Brother' website.

If the video of their performance is viewed more than 100,000 times the housemates will pass this part of the task.

Two housemates will also be selected to practice a duet which they will need to perform during Friday's (23.07.10) live show in order to pass another part of the task.

Meanwhile, this week's Save and Replace task has been cancelled after nominated housemate Keeley injured herself in it.

The petite travel agent will battle it out with Corin and Rachel in the public vote.