Australian hunk John James escaped the 'Big Brother' house yesterday (26.07.10) and got into the camera run, after a whispered discussion with Josie left him confused over their situation. 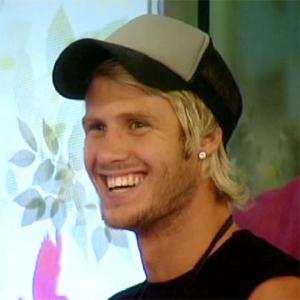 Following a whispered conversation with Josie under the covers in the bedroom - where they discussed their blossoming romance and he promised he wouldn't hurt her - the Australian hunk ran out of the compound through the fire escape and into the camera run, where he stayed for several minutes.

After taking time out, he walked back into the house and spoke to Big Brother in the Diary Room, where he decided to remain in the compound.

Following his turmoil, John James explained to Josie he wished he could talk to her properly about the blossoming relationship, and that his brief departure had nothing to do with her feelings for him.

He said: "In the outside world I could talk to you properly."

John James also admitted he feared he was "making her look like an idiot".

Earlier in the day, he had previously compared their relationship to that between former housemates Caoimhe and Shabby - which ended in disaster when lovelorn Shabby walked out of the house.

Following their discussion yesterday, John James was unsure whether or not he should continue sleeping in the pretty Bristolian's bed or not.

However, newcomer JJ told him to stick to his normal routine to stop making their relationship awkward.

He said: "That's the only thing that's gonna make it worse. Changing things now will definitely make it more awkward."