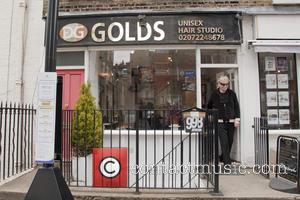 The talent agency representing Big Brother contestant Aaryn Gries has dropped the actress following a flood of complaints about her remarks concerning blacks, gays and women during the reality show's live Internet feed (but removed by CBS for the primetime telecast), the Wall Street Journal reported today (Thursday). The agency, Zephyr Talent, said in a statement posted on its Facebook page that Gries revealed prejudices and other beliefs that we do not condone. We certainly find the statements made by Aaryn on the live Internet feed to be offensive. At the same time, more than 3,000 people have signed a Change.org petition demanding that Gries be removed from the show. But some viewers, including season 12 competitor Ragan Fox, who is openly gay, have called on CBS not to delete the offensive comments from the primetime broadcast. The Journal quoted Fox as saying on his blog: What's the point of casting racial, ethnic, and sexual minorities if production's going to edit out the racism, ethnic discrimination, and homophobia that these people encounter inside the house?