Big Day Out Festival Scrapped For 2015 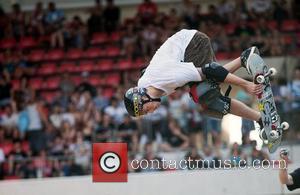 The 2015 shows for Australian touring music festival Big Day Out have been axed so organisers can refresh the format.

Speculation over the future of Big Day Out began on Wednesday (25Jun14), when it was reported that no bookings existed at the event's usual venues, while the boss of the Sydney Showground Stadium also confirmed the organisers recently cancelled their slot.

The U.S. promoters behind the festival, C3 Presents, addressed the rumours on Thursday (26Jun14), explaining the 2015 shows were axed so they can make some changes.

C3 Presents co-founder Charlie Walker tells Billboard.com, "We love Australia and Bdo (Big Day Out), and we will be back."

British band Blur pulled out of their set at this year's (14) festival, blaming "the constantly shifting goalposts and challenging conditions of the organisers."

Big Day Out Festival Scrapped For 2015