Harry Styles is feeling lonely because all of his One Direction bandmates have found girlfriends, except for him and Niall Horan. 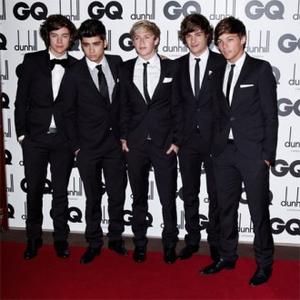 One Direction star Harry Styles is feeling lonely because his bandmates have found girlfriends.

The 17-year-old singer is dismayed that Liam Payne, Louis Tomlinson and Zayn Malik have all hooked up with girls in recent weeks leaving just him and Niall Horan as the single guys in the group.

He is most disappointed with Louis because the pair have just moved into a London apartment together but Harry has been left on his own as Louis spends all his time with model Eleanor Calder.

A source told The Sun newspaper: "When they hit the Big Time the lads made a pact to stay single and enjoy themselves. They promised they wouldn't let women get between them.

"But now almost all of them have got themselves tied down. Harry sits on the couch and watches Louis and Eleanor snuggling up like a married couple."

Meanwhile, One Direction have been turned into toys.

Each of the boys has his own plastic doll and each is wearing their trademark outfit and sporting their hairstyle, including Harry with his curls and Zayn with his quiff.

The dolls go on sale from November 16, but can be pre-ordered at Amazon.co.uk and are priced at £16.99 each.

The boy band - who shot to fame on last year's 'x factor' - are currently in Germany as part of their European tour and release their debut album in November.