Third Headliner Announced For End Of The Road

The End Of The Road Festival Bill Callahan

Bill Callahan has been announced as the third headliner for this year's End of the Road festival in Dorset.

Bill Callahan, who released the critically acclaimed Dream River in 2013, joins Mac De Marco and Father John Misty at the top of the bill. After starting out in the underground lo-fi rock scene in the late '80s, Callahan signed to Drag City, where he paired his songs with more professional production methods, working with the likes of Jim O'Rourke and Tortoise's John McEntire in the studio. Having released over fifteen records both as Smog and under his own name since 1990, Callahan's performance at Larmer Tree Gardens is set to be a special one. Like Mac De Marco, End of the Road will be his only UK festival appearance this year.

Also joining the roster are shoegaze pioneers Slowdive, who are set to release their first album in 22 years in May and will kick the festival off with a headline slot on the Big Top stage on the Thursday night. They're joined by psychedelic rockers Pond, who return to the festival after their memorable show two years ago; cosmic pop act The Moondlandingz, who have created their own fictional backstory to complement their music; and lauded singer songwriter Aldous Harding, whose debut on 4AD put her firmly on 2017's 'ones to watch' list.

Continue reading: Third Headliner Announced For End Of The Road

By Colin Burrill in Music Reviews on 01 September 2009

Review of Bill Callahan live at The Deaf Institute, Manchester 24-08-09 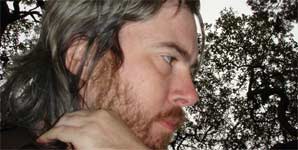