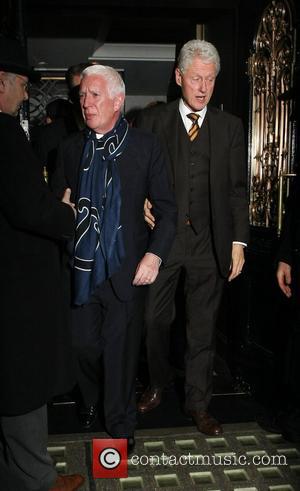 He’s not been President in some 12 years, but you can always rely on Bill Clinton to take the center stage somehow. The popular former leader of the USA made sure that he was among the headline makers at yesterday’s inauguration for the re-election of Barack Obama by sitting himself behind Kelly Clarkson and pulling an amusing face as she got ready to sing ‘My Country Tis Of Thee’.

It’s a really genius photo, Clinton’s face not over the top, but his surprised-looking glance towards Clarkson just enough to completely take all the attention off the multi-million selling singer and squarely onto him. The former Prez can’t help but hog the limelight; remember back in 2008 when he fell asleep during a Martin Luther King speech? Priceless, it appears Bill is more than comfortable doing what he wants, when he wants, how he wants.

Clarkson was one of three performers at the inauguration yesterday, with James Taylor and Beyonce also appearing – the latter giving a sterling rendition of US national anthem ‘The Star Spangled Banner’. It’s easy for her though, it’s not like she had Jimmy Carter or George Bush clowning around in the background behind her. The same couldn’t be said for poor Kelly, who performed well regardless. 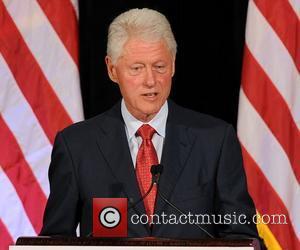