Net Worth: According to The Richest in 2013, Bill Cosby has a Net Worth of 350 million USD.

Childhood: Cosby was born in Philadelphia, Pennsylvania, to Anna Pearl - a maid - and William Henry Cosby Sr. - a sailor in the US Navy. He was only one of four sons born to the couple. He studied at Mary Channing Wister Public School where he captained the Baseball and Track and Field teams. He was also the Class President, despite (or perhaps due to) his want to be the class clown rather than study. During High School, Cosby played for the football, basketball, baseball and running track teams, as well as working various jobs before and after school to help support his family. After failing the tenth grade, Cosby left school to work in a shoe repair shop, later leaving to join the US Navy. He then earned a Track and Field scholarship to study at Temple University, where he studied Physical Education while playing for the football team.

Career: Cosby started is stand-up career in 1962, and worked his way around New York, Chicago, Las Vegas and San Francisco, before Warner Bros. Records released his first comedy album in 1964. In 1965, Bill Cosby became the first African American co-star on a dramatic television series when he landed a role in the NBC show, I Spy. This show earned him three Emmy awards for Outstanding Lead Actor in a Drama Series. In 1969, The Bill Cosby Show aired its first series to massive ratings success. The show was cancelled by NBC before the second season could air, however. In 1984, The Cosby Show aired for the first time and became the highest ranking sitcom of all time. It continued until 1992, with rating barely dropping throughout the entire runtime. Bill Cosby: Film and Music Career Bill Cosby's film career started in 1971 with the movie Man and Boy before reuniting with his co-star from I-Spy, Robert Culp, in Hickey & Boggs. In the mid-1970s, Cosby starred in comedy films like Uptown Saturday Night (1974) and Let's Do it Again (1975). His following films in the 70s - Mother, Jugs and Speed, A Piece of the Action, and California Suite - however, were poorly received. In 1967, Cosby released Silver Throat: Bill Cosby Sings - his sixth album, but the first to showcase his talent for singing. Until this point, he had only released comedy albums under the same record label, Warner Bros. Records. The song Little Old Man from the album, sold over one million copies on it's release.

Personal life: On the 25th of July, 1964, Cosby married Camille Oliver Hanks, and the two had five children. Of their five children, only one was a boy, but he was tragically murdered on the 16th of January, 1997. Bill Cosby has consistently hosted the annual Playboy Jazz Festival since 1979. This is primarily due to his love of music and because he appeared on Hugh Hefner's talk show in the 1970s. Cosby is also known to be a supporter of Temple University's basketball team and frequently attends their games.

By Holly Mosley in Lifestyle / Showbiz on 26 September 2018

He faces three to ten years behind bars after assaulting Andrea Constand.

In what has become an important moment in history for sexual assault victims, Bill Cosby has finally been jailed for his crimes, the three counts on which he was found guilty earlier this year being merged into one charge after an agreement between the defence and prosecutors.

The 81-year-old was handed a jail sentence of 3 to 10 years by a judge in Pennsylvania, while also being named a 'sexually violent predator' who must to undergo counselling for the rest of his life as well as sign the sex offender registry. The actor was first arrested back in 2015 for three Class II felony charges of aggravated indecent assault.

The university has moved to revoke the honorary doctorate it gave to Cosby 15 years ago - the first time it's ever made such a decision.

Following the guilty verdict in his rape re-trial, Yale has taken the unprecedented move of rescinded the honorary degree it gave to Bill Cosby, the first time the university done such a thing in its 300 year history.

Yale announced on Tuesday (May 1st) that its board of trustees had voted to revoke the honorary doctorate of humane letters that it conferred on the disgraced comedian back in 2003. In doing so, the Ivy League university said that it was committed to both “the elimination of sexual misconduct and the adherence to due process.”

It comes less than a week after jurors in Pennsylvania convicted 80 year old Cosby of three felony counts of aggravated indecent assault on former Temple University employee, Andrea Constand, at his Philadelphia home back in 2004.

Cosby was found guilty of three charges of aggravated indecent assault on Thursday.

Bill Cosby is facing the possibility of spending the rest of his life behind bars, after he was convicted this week of drugging and sexually assaulting a woman more than 14 years ago.

The 80 year old comedian was found guilty on Thursday (April 26th) of sexually assaulting Temple University employee Andrea Constand at his mansion in Philadelphia in January 2004. The jury, made up of seven men and five women, had deliberated for 14 hours from Wednesday morning following a two-week re-trial at Montgomery County Courthouse in Norristown, Pennsylvania.

They delivered a guilty verdict on all three counts of aggravated indecent assault, and faces a possibility of 10 years imprisonment for each count.

Cosby's legal team is attempting to have Judge Steven O'Neill recused because his wife is an advocate for sexual assault victims.

Disgraced entertainer Bill Cosby has launched a bid to have the judge overseeing his sexual assault re-trial recused, because his wife directs a support group helping victims of sexual assault.

Lawyers for the former comedian and TV presenter filed a 239-page motion on Thursday (March 22nd), requesting that the court assign a different judge in the place of Judge Steven O’Neill, who presided over the original 2004 trial on charges that he drugged and raped former Temple employee Andrea Constant.

It hinges on the fact that O’Neill’s wife Deborah is an advocate for sexual assault victims, and the co-ordinator of the Sexual Trauma Treatment Outreach and Prevention program at the University of Pennsylvania. This, according to the filing, causes a “clear appearance of partiality” and affects Cosby’s ability to have a fair trial. Murphy was honoured with the Mark Twain Prize for American Humour on Sunday.

Eddie Murphy made his first onstage joke in 28 years on Sunday evening (October 18th) when he accepted the prestigious Mark Twain Prize for American Humour in Washington D.C. The comedian’s choice of target for his first gag in nearly three decades was another former honouree, Bill Cosby, whose reputation is now in tatters after recent sexual assault allegations. 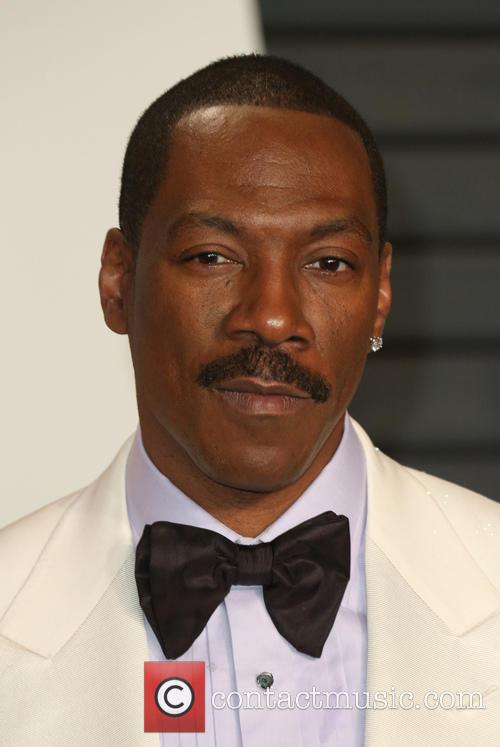 Eddie Murphy was awarded the Mark Twain Prize for American Humour on Sunday.

Continue reading: Eddie Murphy Makes His First Onstage Joke In 28 Years And It's About Bill Cosby

Featuring a shattered picture of the Huxtable family, the cover asks, ‘Cliff-Hanger: Can The Cosby Show Survive? Should It?’

Ebony magazine has caused controversy with it’s latest cover, which features the cast of ‘The Cosby Show’ and uses a 'shattered glass' effect, with Bill Cosby's image taking most of the impact. So far actors Malcolm-Jamal Warner and Raven-Symoné, who both starred in the sitcom, have spoken about their feelings over the cover and what they think the show's legacy should be in the wake of the Cosby allegations.

Raven-Symoné, whilst appearing on ‘The View’, revealed how she was fat-shamed at the age of 7 during filming for ‘The Cosby Show’.

Raven-Symoné Pearman has been on a television set since she was three years old. Sadly, her days in the spotlight were not always happy, as she revealed in a recent televised appearance. Whilst appearing on The View on Tuesday (28th July), Raven explained how she was fat shamed at the age of seven and told she was “getting fat”. Raven-Symone at the GLSEN Respect Awards in New York in June 2015.