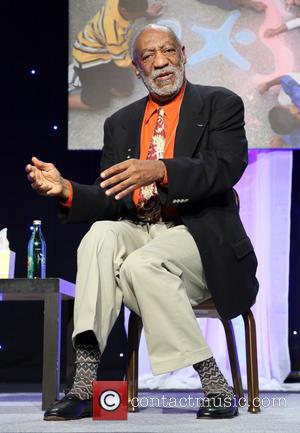 The billionaire businessman and philanthropist, who previously owned the New Jersey Devils ice hockey team and the Brooklyn Nets basketball team when it was known as the New Jersey Nets, was among seven people killed on Saturday (31May14) when the private plane they were travelling in crashed upon take-off in Massachusetts.

A special memorial was held at Temple University on Wednesday, when mourners included Cosby and former U.S. president Bill Clinton.

The funnyman, who showed his school pride at the event by wearing red Temple-branded sweatpants and a black T-shirt, was among those who took the stage to share memories of their time together at the college.

During his eulogy, he also urged people to continue the educational projects Katz had funded during his lifetime, saying, "You don't have to have big money. All you have to have is yourself."