The 77 year-old's upcoming show, described as a "classic, extended-family sitcom," could première as soon as the summer of 2015. 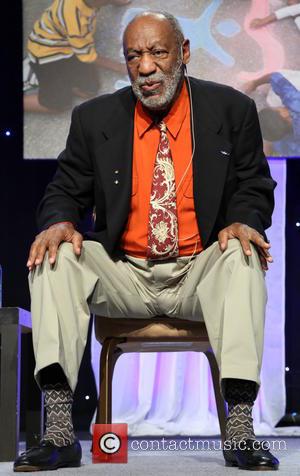 Bill Cosby's return to the small-screen could be happening sooner than first thought.

The 77 year-old, who starred in the 80s hit 'The Cosby Show', is set to star in a new NBC comedy that could debut as early as next summer.

This surprise announcement came at Sunday's session of the summer TV critics' tour by several NBC executives, who described the upcoming show as a "classic, extended-family sitcom."

During a press conference at the Television Critics Association press tour in Beverly Hills, NBC's entertainment president, Jennifer Salke, confirmed that the show is currently being written and will focus on Cosby.

"Bill plays the patriarch of the family, dispensing his classic wisdom on relationships and parenthood, with three daughters, husbands, and grandchildren," she said.

Cosby is expected to team up with his longtime producer Tom Werner for the new project, who was, along with Marcy Carsey, a producer on 'The Cosy Show' and CBS' 'Cosby'. Mike Sikowitz and Mike O'Malley will create the sitcom and Sony TV will also be producing it.

News of Cosby's new show was first confirmed in January of this year, but the veteran actor has shown interest in returning to television since November of last year (2013) when he spoke to Yahoo while promoting a stand-up special, 'Far From Finished', on Comedy Central.

"I want to be able to deliver a wonderful show to a network," Cosby said. "Because there is a viewership out there that wants to see comedy, and warmth, and love, and surprise, and cleverness, without going into the party attitude."

Bill added that film audiences "would like to see a married couple that acts like they love each other, warts and all, children who respect the parenting, and the comedy of people who make mistakes."

And if the opportunity ever presented itself again, the Emmy-Award winner promised, "I will deliver the best of Cosby, and that will be a series, I assume, that we could get enough people week after week after week to tune in to, to come along with us."

NBC are looking to premiere the sitcom in the Summer of 2015.