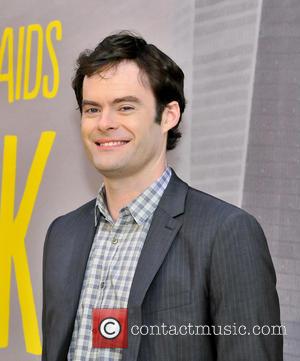 WDBJ7 reporter Alison Parker and photojournalist Adam Ward were filming a segment in Moneta when a disgruntled former colleague fired at them during a live broadcast. Both died at the scene and the suspected gunman, Vester Flanagan, later shot and killed himself.

Hours later, bosses at America's USA Network announced the finale of Christian Slater's sci-fi series Mr. Robot would be postponed a week due to scenes in the programme that were similar to the events in Virginia.

And now, executives at the IFC network have followed suit and announced Thursday's (27Aug15) episode of Documentary Now will now air next week (03Sep15). The postponed episode, titled Dronez: The Hunt for El Chingon, features a storyline surrounding journalists who are killed while trying to track down a drug lord in Mexico.

The comedy premiered last week (20Aug15), and thanks to critical acclaim, IFC bosses have already picked it up for two more seasons.