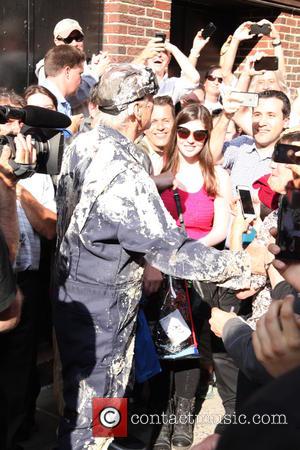 The Ghostbusters star was among the thousands of fans who packed into the venue over the weekend (03-05Jul15) to attend the cult jam band's last ever Fare Thee Well gigs, but instead of heading for the exit after Bob Weir and company took their final bows on Sunday, Murray decided to make himself useful.

A backstage source tells the New York Post, "(Murray) stayed late and helped the stadium cleaning crew at the end of the night!"

The Illinois native wasn't the only celebrity in attendance at the epic Grateful Dead shows - Katy Perry, John Mayer, Perry Farrell and Chloe Sevigny were also spotted in the crowd, as was Game of Thrones creator George R. R. Martin.