The 4 Upcoming Bill Murray Movies You Need To Know About

When will we next see Bill in a movie? 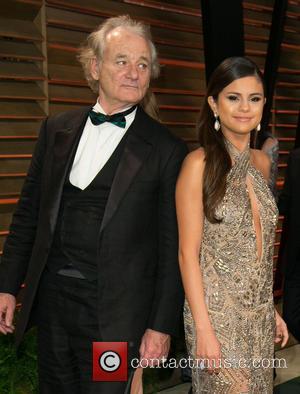 This week, Bill Murray cemented his status as one of Hollywood's most likeable and interesting stars by crashing a stranger's bachelor party and giving the groom marriage advice before hoisting him over his shoulder. The 63 year-old actor was dining at the same South Carolina steakhouse as the bachelor party on Memorial weekend.

It was the groom's friends who spotted the actor and requested that he impart a few words of advice upon the husband-to-be. After an initial reluctance, Murray agreed and made a few jokes about the bride before he offered some wise words about love and marriage that soon went viral.

It should come as no surprise that Bill Murray is awesome, which is why we're excited to look ahead to his upcoming projects so that we can get a bunch of Murray movie dates down in the diary to look forward to.

Murray will soon be seen starring alongside Bridesmaids star Melissa McCarthy in the upcoming comedy, St. Vincent. Scheduled for release in late October this year, the Theodore Melfi helmed movie will go head-to-head with seasonal scaries Paranormal Activity 5 and Ouija and offer something a little friendlier than the usual Halloween-themed fare.

Murray will star alongside McCarthy, Naomi Watts, Chris O'Dowd, Kimberly Quinn and Scott Adsit as St. Vincent de Van Nuys, a hedonistic war veteran who ends up being an unlikely friend and mentor to a young boy who lives next door. A leaked still from the movie (via Vulture) shows Murray looking disgruntled with a head injury at the wheel of a beat-up Chrysler Lebaron. An indie to keep an eye on indeed.

St. Vincent will be released on the 24th October.

Details are sketchy for Murray's upcoming comedy Rock The Kasbah, in which he'll star alongside Bruce Willis, Zooey Deschanel, Kate Hudson and Danny McBride. Barry Levinson's movie reportedly centres on a burned-out music manager who heads to Afghanistan on a Unites Service Organizations tour with his last remaining client to perform for troops.

He unexpectedly finds himself abandoned, without money or his passport. A twist of fate leads him to discover a young girl with an extraordinary voice, whom he sneaks back to Kabul to compete on the popular televised reality singing contest, The Afghan Star.

The Mitch Glazer-penned Rock the Kasbah is expected to be released late this year.

The third comedy in the Murray movie diary, the temporarily-titled Untitled Cameron Crowe Project will see the Ghostbusters star cast alongside Bradley Cooper, Emma Stone, Rachel McAdams, and Alec Baldwin for a new romantic comedy. Initially titled Deep Tiki, the Cameron Crowe rom-com will reportedly feature a mysterious talking computer and will follow the story of Cooper's defence contractor character who falls for air force pilot Allison Ng (Stone) when he is sent to oversee the launch of a weapons satellite from Hawaii before encountering "mystical island forces," according to Screen Rant.

Details of Murray's part are currently under wraps but it can be assumed he got into the project via producer Scott Rudin who also produced a string of Murray-starring Wes Anderson films, including The Royal Tenenbaums, The Life Aquatic with Steve Zissou, The Darjeeling Limited and Moonrise Kingdom. Add a Mark Mothersbaugh soundtrack into the mix and you've got a movie we'll be sitting tight for.

The as-yet untitled project will be released on the 25th December in the US and 23rd January 2015 in the UK.

We'll have to wait until next July for this family friendly animated comedy, which follows a ghost who is forced to return to school to improve his haunting skills. Murray will provide his voice along with Matt Bomer, Seth Rogen, Melissa McCarthy (again) and Rashida Jones. No stranger to ghostly settings, Murray will reportedly voice B.O.O.'s villain in the DreamWorks kids flick.

"Bill Murray is the perfect actor to bring this character to life - or should I say after-life?" said Director Tony Leondis, via Variety. "Along with Jennifer and Octavia, this is a dream cast. I can't imagine a team more capable of packing a funnier punch to this broadly comedic ghost story."

With a big question mark still hanging over the prospects of a third Ghostbusters movie, the light-hearted B.O.O.: Bureau of Otherworldly Operations will just have to keep us content for the time being.

B.O.O.: Bureau of Otherworldly Operations will be released on the 5th June 2015 in the US and on the 17th July in the UK.

More: Need Bill Murray in your movie? It's not as hard as you'd think. There Are Plenty Of Exciting Bill Murray Projects To Look Forward To.