Bill Murray and Seth Rogen have signed up to voice characters in new animated movie 'BOO: Bureau of Otherworldly Operations'. 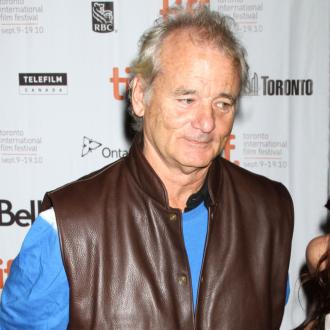 Bill Murray and Seth Rogen have signed up for 'BOO: Bureau of Otherworldly Operations'.

The A-list pair will lend their voices to characters in the animated movie, which is being prepared by Dreamworks.

The comedy will centre around a pair of ghosts who join the titular bureau, billed as the ''ghost world's leading haunting organisation''.

Their adventures will pit them against the world's most haunting ghoul.

Other stars set to lend their voice talents to the film include Melissa McCarthy, Rashida Jones, Octavia Spencer and Matt Bomer.

Director Tony Leondis said: ''Bill Murray is the perfect actor to bring this character to life - or should I say after-life?

''Along with Jennifer and Octavia, this is a dream cast. I can't imagine a team more capable of packing a funnier punch to this broadly comedic ghost story.''

Murray, 63, can next be seen in 'Monument Men', released in 2014, and has also recently been in talks to star alongside Bradley Cooper in writer/director Cameron Crowe's as-yet untitled new romantic comedy film.

Meanwhile Rogen has been working on another animated movie, penning a script with Evan Goldberg for a risqué comedy called 'Sausage Party'. The movie will reportedly centre around a rogue banger's journey to discover the truth about his existence after falling out of a shopping trolley.