Bill Nighy always promised daughter Mary, 29, he never wanted a son - and insisted he was genuinely ''actively'' hoped for a baby girl. 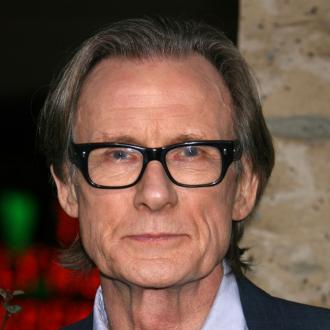 The 63-year-old movie veteran has one daughter - Mary, 29 - from his previous relationship with Diana Quick and he admitted he ''actively'' wished for a baby girl.

He told the Sunday Telegraph newspaper's Seven magazine: ''When she was growing up she'd say, 'You wanted a boy, didn't you?' I'd say, 'No!' And I really didn't - I actively didn't want a boy!

''I thought, let's fill the house with women as far as I was concerned. But she thought I was keeping something from her.

''She would occasionally sit down in front of a football game with me and say, 'Do we like the red ones or the blue ones?' ''

The 'About Time' actor's 27-year romance with Mary's mother ended in 2008 and the star insisted he is ''very happy'' living on his own - although he would love to buy a pooch to keep him company.

He added: ''I'm very happy on my own. The one thing I do feel I might have to do is, I don't think I can get through the rest of my life without a dog. Which means I'll have to move, because I can't have a dog where I am.