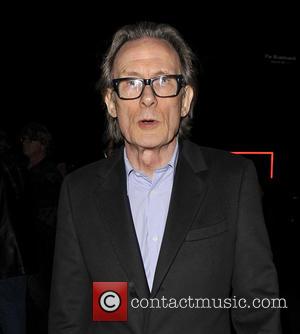 The Love Actually star is a vocal campaigner against global poverty, and he has stepped up his fight by organising an online petition in a bid to highlight the corporate tax money lost through legal loopholes which could be spent on good causes.

The petition, posted online at Change.org, is addressed to Cameron and has already attracted almost 4,000 signatures.

Nighy has written an open letter, posted alongside the petition, in which he urged the prime minister to address the issues at the upcoming gathering of world leaders at the G8 conference in Northern Ireland.

He writes, "Stories of large companies avoiding tax have been splashed across our news, but these tax dodgers have a far greater impact beyond our shores. Tax dodging corporations are depriving the world's poorest countries of billions of dollars they could use to feed their people... Every country must work together to end the global problem of tax dodging.

"This month the Prime Minister will lead a summit of world leaders at the G8 in the Uk - this is the perfect opportunity to tackle companies avoiding tax... That's why we have started a petition on Change.org calling on David Cameron to take action on tax at this month's G8 and ensure large companies don't make the poorest suffer."