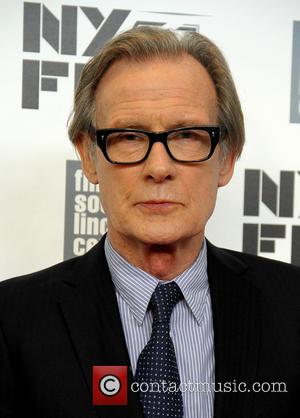 British movie star Bill Nighy would like to go back in time and convince his younger self not to start smoking.

The Best Exotic Marigold Hotel star admits there's a lot of things he would like to change about himself if he stumbled across a time travel contraption - and his nicotine habit would be the first thing to go.

He tells Wenn, "I'd go back to whoever offered me a cigarette for the first time and say, 'No, thank you very much!'"

And he would also like to tell the young Nighy to lighten up.

He explains, "I made a mess of being young. I was terrible at it. I made it such hard work. If I did go back in time all I'd say to my younger self was, 'Lighten up, it's Ok. It works out'.

"If I would've known that things work out, I would have arranged to be more cheerful for the previous part of my life! I was pretty good at manufacturing all levels of anxiety. I could make a meal out of anything."

And he would also consider a career change, adding, "I wouldn't be an actor... Life, I guess, is easier not being an actor. I'd be the lollipop guy. I used to go to work dragging myself to rehearsals at the National Theatre just convinced there was nothing but further humiliation involved. I don't take to acting easy. I take it too hard and I used to take it very hard when I was young.

"I used to see the crossing guard and think, 'Look at her. She's laughing. She's finished by 9.30am and she's got a life. What's the problem? What am I trying to prove? Who cares whether I can act or not?'"