Bill Nighy in 'Salting the Battlefield'

The third part of Hare's Worricker trilogy focused on Nighy's Bill Worricker - a disillusioned MI5 agent - and fellow ex-agent Margot (Carter) trying to his give his boss the slip in Germany, with a trail of subterfuge leading right back to Downing Street.

"...at the centre of it all, Bill Nighy, who somehow manages to move from comedy to serious political drama like this with the same deceptively effortless charm. How does he manage it, without it even looking like he's acting?" wrote Caroline Frost on the Huffington Post, "While some actors are accused of trying too hard, or 'chewing the scenery', benevolent Bill appears to be hardly having a nibble, and yet he can carry us through big, serious themes - state abuse of power, ministerial corruption, control of misinformation, all the usual - with the lightest of touches. Bravo." "Bill Nighy was perfect in the role of the maverick MI5 agent Worricker," wrote the Blackmore Vale magazine. 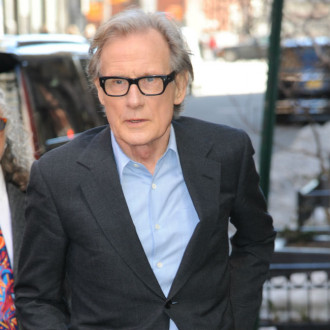