Actor Bill Paxton Had Good Reason To Ensure He Delivered A Great Performance In New U.s. Miniseries Texas Rising After Discovering He Is Actually Related To His Historical Character, Sam Houston. 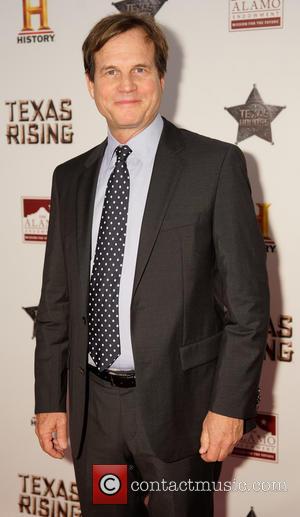 Picture: Bill Paxton - A variety of stars were photographed as they took to the red carpet for History's new miniseries 'Texas Rising' premiere which was...

The Apollo 13 star portrays the man known as "the father of Texas" in the epic TV drama, about the Texas Revolution against Mexico in the 1830s and the rise of the Texas Rangers law enforcers, and he was astounded to learn of a familial link between his life and that of his onscreen character.

He tells U.S. breakfast show Today, "Sam Houston and I share common grandparents, six generations ago on my father's side, which makes us second cousins, four times removed. His mother's name was Paxton, Elizabeth Paxton."