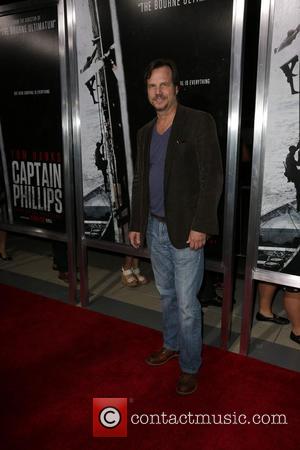 Apollo 13 star Bill Paxton relived the day he spent gazing at President John F. Kennedy, hours before he was assassinated, as part of a U.S. Tv special to mark the upcoming 50th anniversary of the atrocity that rocked the world.

The actor was eight years old when his father hoisted him on his shoulders so he could get a clear view of the U.S. leader as he addressed supporters outside the Hotel Texas in Fort Worth, Texas.

In a programme remembering that fateful day, he recalled, "I was probably about 20 feet in front of him... His hair was red and he was in a blue suit and he couldn't have been more charming."

Minutes later, Kennedy gave what was to be his final speech inside the hotel before heading for Dallas.

Narrating Jfk: The Final Hours, which aired on Friday night (08Nov13), Paxton said, "It was rainy that morning but nobody cared. You see, it wasn't every day you got to see President Kennedy... What we didn't know was that President Kennedy was going to die in just a few hours."