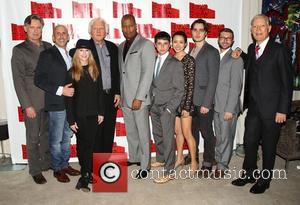 The Independence Day star will portray Texas Senator Ralph Yarborough opposite Harrelson as Johnson in LBJ, which will chronicle the drama surrounding John F. Kennedy's assassination in 1963 when then-Vice President Johnson was thrust into the hot seat and became the 36th President of the United States, reports Deadline.com.

Yarborough was travelling in the Dallas motorcade, riding in the same car as Johnson, when Kennedy was shot and killed.

Pullman, 61, is no stranger to political parts onscreen - he is due to reprise his role as fictional President Whitmore in the long-awaited Independence Day sequel, Resurgence, while he also portrayed President Dale Gilchrist in shortlived U.S. TV series 1600 Penn in 2012.

1600 Penn Premiere: You're Not Going To Laugh Very Much

Pullman Not Sure If He'll Be Back As Independence Day President

Movie Wine Buff Pullman Has No Sense Of Smell