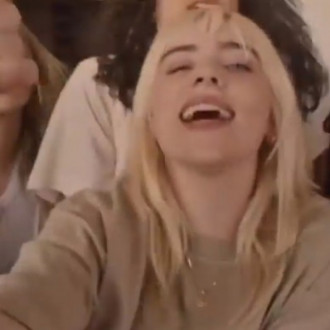 The 19-year-old singer released the promo for her latest single 'Lost Cause' this week, and Skims founder Kim Kardashian West pointed out that the 'bad guy' hitmaker was donning pieces from her shapewear line.

Reposting a clip from the video to her Instagram Story, Kim wrote: "@billieeilish 'Lost Cause' music video. I spy Skims."

The Grammy-winner is not the only celebrity to love Skims.

Kim previously gushed about how it was "such a proud moment" when she found out Martha Stewart is a fan of her line.

The 79-year-old television personality and businesswoman told her at a party: 'I just need Skims; I love it.'

She continued: “I was just like, ‘Anything for you.' It was such a proud moment.”

Actress Kathy Bates, 72, is also a Skims lover and Kim would love to get the 'Richard Jewell' star in one of her campaigns.

Kim revealed: "I got the sweetest letter, handwritten letter, from Kathy Bates about Skims and loving Skims, and that made my day. And we have to get her in a campaign. I want to do a campaign with her."

Should she end up shooting for Skims, Kathy would follow in the footsteps of the likes of Kim's daughter, North West, seven, and famous faces such as Paris Hilton, Rumer Willis and La La Anthony in promoting the brand.

Kim - who also has Saint, five, Chicago, three, and Psalm, two, with estranged husband Kanye West - founded the brand in 2019.

Explaining why she decided to launch her own shapewear line, she said: “I always try to see what I’m obsessed with and what’s a necessity in my life. And if it’s not perfect, how can I try to make something that is?” 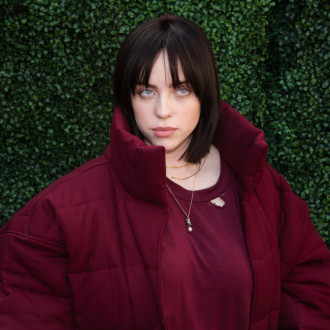