Top 10 albums of 2019: The music that formed the soundtrack for a historic end to a decade

We challenge anyone to listen to this song without crying, if not without at least getting a lump in the throat. FKA Twigs returned after five years to relate the agony of the heartbreak she's experienced over the past few years. Her ability to lay bare her soul through her vulnerable vocals and honest lyricism has brought her acclaim from her hypnotised listeners.

Following up his impressive debut 'Gang Signs & Prayer' from 2017, Stormzy dropped album two 'Heavy is the Head' this month on which he reflects on his humble beginnings while dealing with the pressures of fame, his pride in his success, the jealousy of the rap game and, of course, recent heartbreak. It's another collection of infectious and powerful tracks that may be more polished, but certainly don't lose that grime flavour.

She's one of the most underrated songwriters in modern pop and Lana Del Rey's latest album 'Norman F***ing Rockwell' proves once again just how talented she is. It's almost a patriotic dystopia, with a strong sense of 70s nostalgia thanks to her captivating brand of soft psych-rock. The summery, mellow sentiments feel unseasonal, but at this time of year we're not complaining.

I don't think anyone expected anything other than a masterpiece from Radiohead's Thom Yorke when he announced the release of his first solo album in five years 'Anima'. Thankfully, he didn't disappoint in any respect, and it was made all the more immersive and mesmerising with the accompanying short film directed by Paul Thomas Anderson which appeared on Netflix.

What a comeback from Tool after thirteen years. The US number one 'Fear Inoculum' showed a band who have refined their sound, yet never lost the essence of who they are. They aren't trying to jump on trends or reach a younger audience with their music, and it's that self-assuredness that makes them still as relevent as ever. 'Fear Inoculum' is a long and emotional journey, but it was definitely worth the wait.

After the extraordinary success of 2016's avant-garde 'Skeleton Tree', 'Ghosteen' had a very high bar to reach. Turns out there was little to worry about because this - the final release in a transcendent trilogy of albums - is as effortless and subtly nuanced as an album can be, delivering messages of light and hope after the bleak tragedy of its predecessor. Pure perfection.

It's been a long ten years but German metal titans Rammstein finally unveiled their self-titled follow-up to Platinum release 'Liebe ist für alle da' this year, and it's possibly the best work they've ever released. It's an absolute triumph drawing from the greatest moments of their career and proves that they've done anything but waste the last decade.

What we love about Charli XCX is that while she has the capacity to be a chart-topping soloist, she never sacrifices her alt-pop sound for the sake of mainstream attention. In some ways 'Charli' is far too much, but in other ways it's the kind of over-the-top musical indulgence that we all need to hear. Whether you want nostalgia, danceable beats or break-up anthems, it's got everything.

10. Lewis Capaldi - Divinely Uninspired to a Hellish Extent
Best song: Someone You Loved

If anyone has stolen the nation's heart this year it's Scottish sensation Lewis Capaldi. With his boy-next-door attitude and loveable sense of humour, even if he released rubbish we'd probably still give him the benefit of the doubt. Thankfully, debut album 'Divinely Uninspired to a Hellish Extent' isn't rubbish at all, but an emotional voyage full of raw honesty and lyrical candor delivered in a goose-pimple-inducing gravelly vocal. 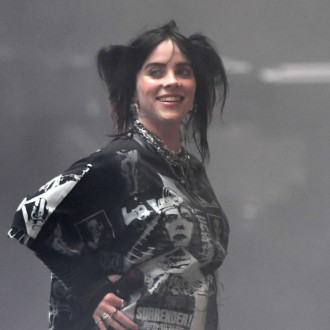