Green Day singer Billie Joe Armstrong has had a ''lot of fun'' filming with Christina Aguilera on 'The Voice'. 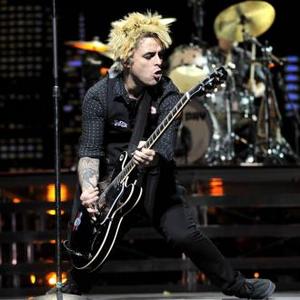 Billie Joe Armstrong has had a ''lot of fun'' filming with Christina Aguilera on 'The Voice'.

The Green Day frontman has signed on to be a guest mentor to Christina's chosen acts on the TV talent show and enjoyed his first days on set filming.

He said: '''The Voice' is not molding artists, it's just giving them a little bit of guidance and direction without giving them a complete makeover.''

Christina announced his arrival on Twitter, writing: ''Welcome Billie Joe (@BJAofficial) to #TeamXtina! We are ready to rock out in Season 3 (sic).''

Taping on 'The Voice' - which also sees Adam Levine, Cee Lo Green and Blake Shelton coach teams - began in June and the show is set to begin in the US in September.

Billie is known for his humor and will likely add a little of his punk rock personality and maverick spirit to his mentorship.

The rocker recently explained his band's decision to release three albums, '¡Uno!', '¡Dos!' and '¡Tre!' in less than three months is something of a risk.

''We don't have a f***ing clue what we're doing as far as the future is concerned. And it's kind of exciting to think of it that way.''