With the news that Peter Capaldi will be ending his role as the Time Lord at the end of the upcoming series of ‘Doctor Who’, one of the show’s former stars Billie Piper has called on the BBC to cast a woman in the lead role for the first time.

58 year old Capaldi has held down the role of the Twelfth Doctor since 2013, but he announced on Monday night (January 30th) that he would be making way for another star by the end of the year. He will appear in the forthcoming series in the spring, playing the Doctor for the final time in the 2017 Christmas special. “I've always supported the original format but I don't know where they can go from here,” she told the network. “I think it would be great [to have a female Doctor] given the spirit of the world at the moment. I think it would be timely.”

More: Peter Capaldi hoped Theresa May took message of kindness, tolerance and compassion from ‘Doctor Who’

However, the mother of two, who recently divorced her husband Lawrence Fox, didn’t appear to be overly enthusiastic about going for the part herself. “I don't know,” Piper replied when asked. “It's a lot of work. It would be a lot of time in Cardiff [where the set is located].” Peter Capaldi's forthcoming series of 'Doctor Who' will be his last

The new series of ‘Doctor Who’, which is due for broadcast in April, will also mark the end of head writer and executive producer Steven Moffat’s time on the show, as well as Capaldi’s departure. Moffat himself has previously suggested that the next Doctor could be a woman. “I don’t see why not,” he said in 2016.

Early favourites for the role therefore include ‘Broadchurch’s Olivia Colman, as well as Ben Whishaw and Richard Ayoade.

More: Peter Capaldi to feature in ‘Doctor Who’ spin-off ‘Class’ 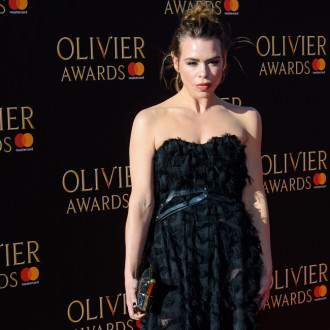