Kristen Stewart Helped Onscreen Dad Learn To Be A Father 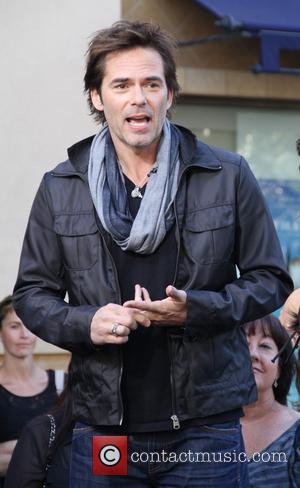 Twilight star Billy Burke feels indebted to his onscreen daughter Kristen Stewart because she helped him prepare to be a real-life father.

The 45 year old plays Bella's dad Charlie Swan in the hit vampire franchise and throughout the series Burke is tasked with trying to protect his little girl and help her through her teenage years.

Getting into character was hard for Burke, who had no children at the time, but he learned how to be a parent though his relationship with Stewart - which came in handy when he found out he was expecting a daughter of his own in 2008.

He tells People magazine, "(My wife and I) were expecting during the first film, so I had no idea what being a father was about.

"I had to go on instinct. When I met Kristen, I treated her like a human being; we have a mutual respect. That is how I would look to treat my daughter as time goes on."

Kristen Stewart Helped Onscreen Dad Learn To Be A Father