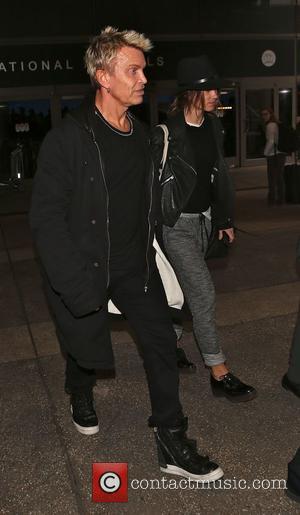 Rocker Billy Idol has postponed the first two dates of his North American tour as he battles a chest infection.

The White Wedding hitmaker was due to launch his shows in New Orleans, Louisiana on Wednesday (21Jan15) and Atlanta, Georgia on Thursday (22Jan15), but the two dates have been rescheduled on doctors' orders after the star fell ill with a "pesky chest infection".

In a message posted on his official website, Idol writes, "I'm really disappointed to be missing everyone this week in the Big Easy (New Orleans) and Atlanta. I was excited for these gigs but want to make sure I can give you the full on Idol rock show you deserve. Thank you for understanding while I get over this bug. We'll be back later this year!"

The tour is now set to begin in Philadelphia, Pennsylvania on Saturday (24Jan15).