A New York City Police Officer Has Been Convicted Of Harassment For His Involvement In A Brawl At A Billy Joel Concert. 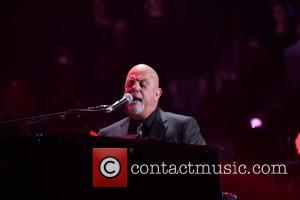 Sergeant Joseph Brennan, 29, was off-duty when he became embroiled in a bust-up with another gig-goer during the Piano Man's show at Madison Square Garden on 7 August (15).

He was arrested on suspicion of assault and harassment on Wednesday (04Nov15), and hours later, he pleaded guilty to one count of harassment, according to the New York Daily News.

Reports suggest the two men did not know each other, and a dispute between them at the gig escalated into a fight.

Brennan was suspended from his job with the New York Police Department following his arrest.