Billy Ocean used to hide his awards from his kids because he didn't want to send out the wrong messages to them. 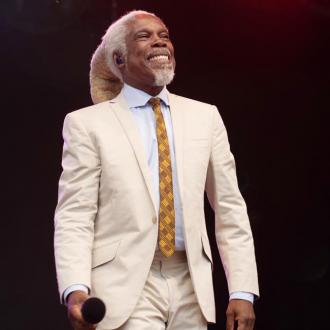 Billy Ocean used to hide his awards from his kids.

The 70-year-old singer - who has three children with wife Judy - is proud of his accomplishments but worried he'd send the wrong messages to his offspring if he had his trophies out on display.

He explained: ''I cherish all my awards, though I used to hide them away in my manager's office.

''When my manager passed away I moved all the awards into the house, although most of them are packed away under the piano rather than on show.''

The 'Caribbean Queen' hitmaker was particularly proud of the lifetime achievement accolade he received at the 2010 MOBOs, as well as special honour in Liverpool which saw him come face-to-face with one of his idols, Sir Paul McCartney.

He told Reader's Digest magazine: ''Receiving a MOBO Award was a great honour. I was given the lifetime achievement award in 2010 and it was very special to me, as was being named a Companion of the Liverpool Institute for the Performing Arts the following year.

''It was presented to me by Sir Paul McCartney and I grew up listening to The Beatles when I came to England, so meeting him was like, 'Flipping heck!' ''

He said: ''Meeting Stevie Wonder was a real highlight.

''I met him in the US when we were planning to work together.

''The collaboration never happened in the end for various reasons but he's such a lovely man, Our paths have crossed several times since and we always have a nice chat and send messages back and forth.''