Billy Ray Cyrus: I'll be there for Miley

Billy Ray Cyrus has defended his daughter Miley Cyrus following her controversial MTV Video Music Awards performance on Sunday (25.08.13), insisting he will always be there for his ''little girl''. 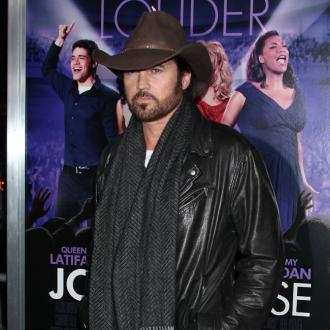 Billy Ray Cyrus has vowed to be there for his daughter Miley Cyrus after she received a barrage of criticism for her saucy MTV Video Music Awards performance.

The country singer insists the 20-year-old star will always ''be my little girl'', despite causing controversy at the ceremony on Sunday (25.08.13) as she joined Robin Thicke on stage for a rendition of his hit 'Blurred Lines', during which she gyrated around him while wearing a minuscule nude-coloured bikini.

Speaking on 'Entertainment Tonight', he said: ''Of course I'll always be here for Miley. Can't wait see her when she gets home.

''She's still my little girl and I'm still her dad regardless how this circus we call show business plays out. I love her unconditionally and that will never change.''

Billy's comments come despite being a member of the advisory board for the Parents Television Council (PTC) - a non-profit organisation that campaigns against explicit programming - which complained to MTV about his daughter's sexual performance.

Dan Isett, a PTC spokesman, said: ''This much is absolutely clear: MTV marketed adults-only material to children while falsely manipulating the content rating to make parents think the content was safe for their children.

''MTV continues to sexually exploit young women by promoting acts that incorporate 'twerking' in a nude-coloured bikini. How is this image of former child star Miley Cyrus appropriate for 14 year olds?''