Billy Vincent - Once on the Grand Union EP Review

Review of Once on the Grand Union EP by Billy Vincent

London folk-rockers Billy Vincent follow up their zealous and progressive EP King Island Coyote with ambitious release, Once on the Grand Union. Folk rock is still a different and experimental genre, and the new release has much to live up to. 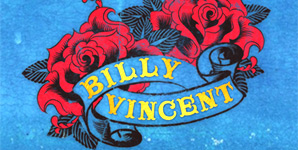 Whilst King Island Coyote caught listeners' attention by being a salute to the experimental, or more accurately an attempt to modernise an older, rarely listened to (in the mainstream chart at least) genre, Once on the Grand Union sounds more like it's designed to keep listeners attention. It seems less based on promoting the idea of the music and more designed to stimulate and entertain their already-captivated audience. It works, too, it's a thoroughly enjoyable listen, and making it more approachable solves some of the problems that King Island Coyote had, namely not being very accessible.

It's evolved and feels carefully put together. Nothing is wasted and every beat counts. Musically and lyrically it's also quite sensitive, the vocals seem thoughtful and complex. Stylistically, it's still folk-rock, which, although still strange, still works well. The motto seems to be, "if it isn't broken, don't fix it." The maximum amount of effort has gone into every song, and it's paid off because every one of them is excellent and different.

There are still a couple of problems with it, however. It's still quite obscure, quite difficult to get into. It's tough to listen to a lot of Billy Vincent in one go, but it seems like they're more like a band where one would occasionally want to listen to one or two songs. The songs definitely aren't as 'catchy' as they could be. One finds oneself playing a song again just to remind of how it sounded. This could be because the album is quite slow - it lacks energy.

Overall, Billy Vincent's music style has definitely evolved since King Island Coyote. It sounds much more confident than their previous releases, and this makes a lot of difference. It's a marked change, but in some ways not necessarily an improvement. Billy Vincent - Once on the Grand Union 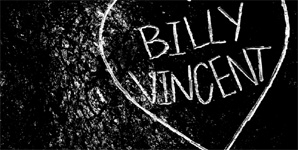