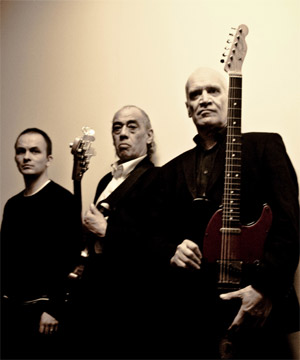 The former Dr Feelgood guitarist was diagnosed with terminal cancer at the start of the year. Fortunately he has remained healthy enough to undertake a series of recent performances.

Wilko explains his reasons for returning to the stage; "What's been pretty good is we did the Farewell Tour earlier in the year and then I retired, but I didn't like that much! Then summer came along and the festivals started coming in and I thought, well, I'm not too ill and if I can't make it then the show will still go on."

Since the 1970s the singer, guitarist and songwriter has been credited for his enormous contribution to the British rhythm and blues scene and is widely hailed as one of the founding influences of the punk movement, firstly in Dr Feelgood and later as a member of Ian Dury and the Blockheads.

The national rock'n'roll hero explains the continuing thrill of playing British festivals; "This year's been pretty unusual. It's been marvellous, being out in the sun; as the sun has chosen to shine this year. It's all about the friendly atmosphere. So I guess you could say my favourite thing is fun in the sun."

Bingley can revel in Wilko's awesome stage presence one final time, where he'll be joined by the likes of Primal Scream, CHIC feat. Nile Rodgers, The Human League, The Cribs, The Fratellis, The Neville Staple Band, Tinchy Stryder and Katy B during the much loved Yorkshire festival taking place between Friday, 30 August and Sunday, 1 September.