Icelandic Singer Bjork Has Pulled Out Of A Number Of Tour Dates Due To A "Scheduling Conflict". 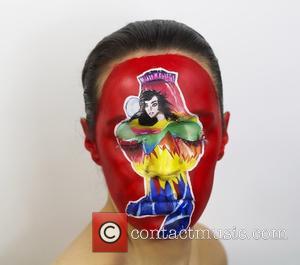 Picture: Bjork and (Volta) - I am both, a musician called Lone Taxidermist and a make up artist, so Record store Day seemed like a good...

The eccentric star was due to perform at Iceland Airwaves festival twice in November (15), but event organisers announced she had axed her sets and the rest of her tour in a post on Facebook.com, writing, "We're very sorry to announce that Bjork has had to cancel her live shows scheduled for this autumn, which will sadly include the two shows at Iceland Airwaves."

Her representative writes, "Due to a scheduling conflict beyond our control, Bjork is not going to be able to play the summer and autumn tour as planned... Bjork had been really been looking forward to the concerts and we will work on rescheduling the cancelled dates as soon as possible."