Bjork Opens Up About Love Split In Emotional New Interview 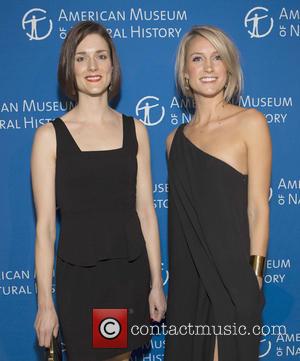 Bjork has opened up about her painful 2013 split from longtime boyfriend Matthew Barney, revealing most of the tracks on her new album were inspired by the breakdown of the romance and its aftermath.

The eccentric pop star reveals she poured her emotions into the songs on Vulnicura, explaining the split was "the most painful thing" she had ever experienced.

Bjork tells Pitchfork, "The only way I could deal with that was to start writing for strings; I decided to become a violin nerd and arrange everything for 15 strings and take a step further than what I've done before."

Still emotionally raw 18 months after she and artist Barney ended their relationship, Bjork sobbed during her new interview, explaining the album's lyrics tell the full story.

She adds, "It's really hard for me to talk about it. It really is in the lyrics. I've never really done lyrics like this, because they're so teenage, so simple. I wrote them really quickly. But I also spent a long time on them to get them just right. It's so hard to talk about the subject matter; it's impossible.

"There's so many songs about (heartbreak) that exist in the world, because music is somehow the perfect medium to express something like this."

Bjork and Barney's romance lasted more than 10 years and they share a daughter, Isadora.