Black Eyed Peas have pulled out of this weekend's Michael Forever concert in Cardiff, Wales. 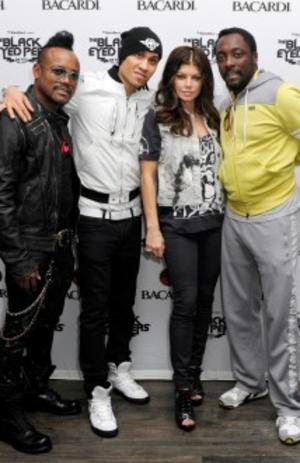 Black Eyed Peas have pulled out of this weekend's Michael Jackson tribute concert.

The 'I Gotta Feeling' group - one of the biggest names on the bill for the Sunday's (08.10.11) Michael Forever concert, at Millennium Stadium in Cardiff, Wales - have had to withdraw from the show due to "unavoidable circumstances".

Chris Hunt, CEO of Global Live Events, which is staging the show, said: "It is with regret that we announce the removal of Black Eyed Peas from the Michael Forever bill, but I look forward to a great night with other earth shattering artists.

"The event is really getting into gear and is going to be a fantastic evening for all."

There will also be appearances from members of the Jackson family, including members of his family band, the Jackson 5, with whom Michael started his career.

Michael passed away in June 2009 aged 50 from acute Propofol intoxication. His personal physician, Dr. Conrad Murray, is currently on trial for his involuntary manslaughter in Los Angeles.

At the time of his death he was preparing for his sold out This Is It 50 date comeback shows, which were scheduled to take place in London.