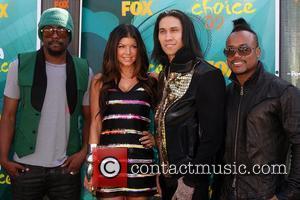 Former child star and Black Eyed Peas singer Fergie blames her early start in Hollywood for triggering her addiction to drugs.
The 34 year old appeared in Disney's Kids Incorporated from 1984 to 1990 before she shot to fame with the hip-hop group, but while her career was taking off, her private life was a mess of substance abuse and addictions to crystal meth and ecstasy.
Now 10 years sober, the I Gotta Feeling singer admits she almost "ruined" her life by turning to drugs when she struggled to cope with her fast-paced career.
She says, "What happens when you're a child professional is that you have to be, well, professional. You're taught not to have tantrums, to always people-please. That's part of how I got into (drugs) later."