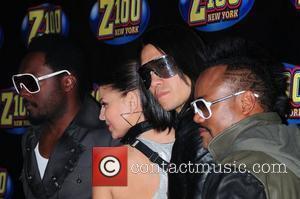 Black Eyed Peas singer Fergie suffered a bruised ego while preparing to launch her solo career when her own father confessed to hating her music.
The star took a break from the band and made her solo debut with The Dutchess in 2006, which became a worldwide smash, largely due to the success of lead single, London Bridge.
But Fergie feared the album would flop after her dad called the track, "The worst song that he'd ever heard in his life".
In an interview with Allure magazine, Fergie recalls: "(I said) 'Dad, I respect that, but I hope you're wrong, because it's my first single.'"