Will.i.am Is Going Back To School

Black Eyed Peas star Will.i.am is going back to school to study I.T. 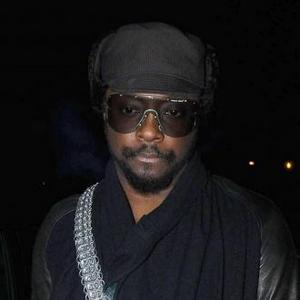 Will.i.am is going back to school to study I.T.

The Black Eyed Peas star has decided to sign up for a course in code writing which could mean he may not sign up to be a judge on the second series on BBC show 'The Voice' next year.

The 37-year-old confirmed to the Daily Mirror newspaper: ''Next year I am going to school to take a computer science course.

The musician continued to explain that he admires computer programmers more than he does songwriters.

He said: ''Code writers, they are my idols. Songwriters are cool - I can write songs, too - and bloggers are cool but code writers? Those are the coolest in the world.

''When I was 17 I had a dream and all the dreams I have had since 17 I have done them beyond what I thought I was ever going to do.

''So now I want to go back to school and learn how to write code so I can participate in this whole new era that we are in.

Fellow judges Sir Tom Jones and Jessie J have already pulled out of the second series after ratings dwindled.

But the network say they are still in negotiations with all four, including Will.i.am and Danny O'Donoghue from The Script.