One of the most powerful bands to emerge from the cinders of punk... one of the most powerful bands ever. Greg Ginn, a madman and a thorough disciple of the guitar, brought this band into being in 1977 in the depths of L.A. outside of the reaches of the excesses of the '70s. He'd had enough of the "California" sound of the Eagles, the over-production of Steely Dan and ELO. It was time to create a new sound. Fueled by the simplicity and immediacy of the Ramones first album, he pulled together a small group of people who could barely play their instruments and began a pattern of musical deconstruction that exploded on a brand new scene that was just beginning to form. Controversy and opposition were the bedfellows of the band from the beginning: the law were not welcoming the emergence of the punk scene on the west coast. The fact that Black Flag survived those first four years was amazing in its own right. Singers kept quitting, occasionally during shows. But the band persevered, even acting in an instrumental capacity in between singers. It became common during these periods for people to jump on stage and act as the stand-in vocalist for the band. Dez Cadena, 1980-1983 The band finally settled into a stable unit with Ginn on guitar, Chuck Dukowski on bass, Robo on drums, and Dez Cadena as the permanent vocalist. It was with this line-up that Black Flag first ventured out on its first US tours. By December of 1980, the band was making its way across the USA for the first time. They played their first dates in New York City and Washington D.C. In the audience at each show were D.C. youths Ian MacKaye and Henry Garfield. They spoke to the band and ended up hanging out with them. Flag came east again during the summer of 1981. It was at a show in New York City that Henry ended up getting on stage and singing with the band for one song. Unbeknownst to Henry, Dez had been wanting to give up the mic to move over to rhythm guitar. Jumping on stage to sing left an impression on the band, so they ended up calling Henry back to NYC from D.C. and asked him to 'jam' with the band. After taking the train ride up and practicing with the band for a few hours, the others talked it over and decided that Henry would be the new vocalist. He quit his job, sublet his apartment, sold nearly everything he owned, and joined the band on tour several days later. This line up only lasted until their tour of England in late 1981, but long enough to record the first album, Damaged. Ian and Henry, 1982 Interview during the Damaged sessions, 1981 Dukowski, Rollins, Cadena, Ginn It was after their tour of the UK that they lost long time drummer Robo. Bill Stevenson of the Descendents filled in for a show or two, but a succession of replacement drummers (including future Danzig drummer Chuck Biscuits) came before he took over as the full time drummer. Flag were kept from releasing a sophomore album due to legal difficulties with the label that were originally scheduled to release Damaged. SST had taken it upon themselves to release the album themselves once MCA (in charge of distributing the Unicorn label) deemed it "An Anti-Parent Record" and unsuitable for corporate release. By doing so themselves, however, they violated a contract and wound up with thousands in legal bills andinjunctions against them for the next two years. Despite this, they released a compilation of formerly unreleased takes without the Black Flag name and ended up in more legal troubles... it was determined to still be Black Flag. More bills. Rollins in action Dukowski, Rollins, Ginn, Chuck Biscuits, Cadena Fall, 1982 By the time My War was released in 1983, Stevenson was in, but Dukowski had left the group. Ginn performed bass duties himself for the recording of the album under the name Dale Nixon. Kira Roessler was brought in by the end of the year as the new bass player.1984 began an incredibly intense period of activity for the band. They released two albums that year, the split Family Man (half early Rollins spoken word, half Flag instrumentals), and the aggressive Slip It In. They toured insanely, going to great lengths to tour as many places in as little time as possible. Intensive tours into the depths of Europe and throughout the United States ensued. They even went to the length of playing three shows in three states in the space of 24 hours... lengths bands today will usually not go to. 1985 was even more active. Three album releases, including Loose Nut and In My Head interrupted by the instrumental Process of Weeding Out. Soon after, Stevenson and then Kira left the band. Kira, 1985 Rollins, 1985 Anthony Martinez and C'el were taken on as the new drummer and bass player respectively and another shakedown of the United States was undertaken. Also on the bill were groups Painted Willie and the Ginn led instrumental trio Gone (including future Rollins Band rhythm section Simeon Cain and Andrew Weiss.) The three legs of the tour were probably the most ambitious touring of their career. It would also be their last. In mid-1986, Ginn called the members of the band and told them he was quitting Black Flag. So ended the near ten year career of one of the most dynamic bands to come out of punk. Ginn concentrated on running SST Records. A year later, the Rollins Band had already begun touring.

5 Bands To Check Out If You Love Black Flag

The modern punk bands that are continuing a legacy.

Punk rock has existed in many different shapes and sizes since its conception in the mid-late '70s. From the original garage rock tinted sound of the Ramones, to the vicious hardcore sound of Gallows, punk has proved itself to be surprisingly versatile over the years. Hardcore punk alone has had quite the journey to end up as the entity it is today, having been spliced, compared and crossed over with multiple genres. However, none of this would be possible if it were not for the sub-genres' founding fathers; names like Dead Kennedys, The Exploited and the band most relevant to this article, Black Flag.

Continue reading: 5 Bands To Check Out If You Love Black Flag

By Nathan Mack in Music Reviews on 15 January 2014

When you think of 'classic' punk bands, one of the first names that may well rise to the surface are Californian outfit Black Flag, who have returned to producing new music after a twenty-eight year absence. The punk icons' seventh album 'What The...' (released through SST records) ensured their gruelling first year back, filled to the brim with reunion tours, fall outs and lawsuits, would end on a high. 'What The.' serves as a refreshing throwback to the punk sound of the 80s which influenced a number of today's bands.

As expected with a prolonged absence from the recording studio, there is a bit of ring rust; renowned for their hard, aggressive, 'pure' punk sound, their latest effort serves as a sucker punch, being slightly less hostile than their last effort in the mid-80s.

Described by many as advocates of the underground American scene, 'What The...' wastes no time with launching into that classic Flag sound, with the first track 'My Heart's Pumping' containing Gin's swaggery riffs backed by Reyes' growls straight from the off, not letting up throughout the twenty-two track album. 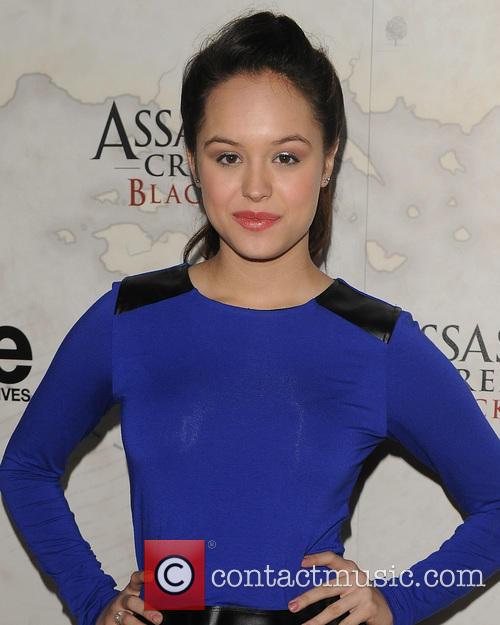 By Steven Williams in Lifestyle / Showbiz on 20 July 2005

Henry Rollins has reportedly never had a homosexual experience, yet he keeps being quizzed about his sexuality.

Punk musician and actor, Henry Rollins, is reportedly furious that his sexuality is constantly being called into question. This is mainly due to the fact that he doesn't think there is anyone as clearly "un-gay" as him. Formerly of the hard-core punk band Black Flag, Rollins is being repeatedly interviews by homosexual magazines and has thought that his heterosexual relationships should be more than enough explanation as to his sexuality.

In an interview, Rollins explained his annoyance, saying: "I get interviewed by gay magazines at least six times a year and the first question is always, 'Are you gay?'. No. 'Are you sure?'. Yes. I ask why there's such a desire for me to be gay and they say, 'Because your hair's short, you're in shape, you're hot and you're smart.'"

He went on to further explain: "In America it's a put down, like, 'Oh he's such a f**king fairy'. So here I am with the tattoos and a thick neck, talking s**t. God, if you only saw how un-gay I am. I've never had a homosexual experience - and I could have had all the ones I wanted."

Henry Rollins On Official U.s. Travel Lists Because Of His Hot-spot Treks