Since forming in 2001, American duo The Black Keys have achieved relative success on both sides of the Atlantic with their superior, lively, blues meets psychedelic rock blend; they were definitely the band that taught the indie kids how to dance and this strength continues throughout their latest full length release, El Camino.

'Lonely Boy' opens the album with a determined and confident scuzzy fuzzy guitar riff, soon flanked by drums and synths, that launches into the trademark strong and soulful indie blues blend that we've come to expect from this duo. Infectious, soulful and sing-along with a catchy hook powering throughout; 'Lonely Boy' is an upbeat and fresh opening to this, The Black Keys' seventh album. 'Dead And Gone' stomps in with pounding snare and low bass riff soon joined by bluesy guitar and vocals, punctuated by the metallic edge of glockenspiel. The track powers forward, verse into chorus and onwards, intercepted by a guitar solo. The on the beat thrust of edgy guitar chord is almost reminiscent of The Clash's 'London Calling' but instead of an arrogant, anarchic kick, The Black Keys have a spritely likeable infectious confident strut. 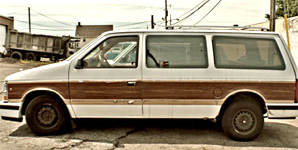 A picked scuzzy guitar introduction leads into a steady paced shuffle blues rhythm riff that underpins much of the duration of 'Gold On The Ceiling'. Layers of synths and guitar strengthen the riff which punctuates between catchy vocal led choruses also intercepted by rhythmic interjections similar to White Stripes' choppy edge. The gentle vibe of 'Little Black Submarines' then contrasts previous tracks with its' picked acoustic guitar accompanied gentle vocal line joined by minimal percussion and subtle Hammond chords until the two minute mark when this unsuspectingly gives way to overdriven electric guitar riff flanked by crashing cymbal-heavy drum lines and reinforced by powerful bass beneath Auerbach's strong vocals then launching into a ripping fuzzy guitar solo. This confident, plugged-in, riff-driven swagger continues to push forward with 'Money Maker', while 'Run Right Back' opens with interlocking guitar parts before the drums enter to drive the track to The Black Keys' familiar stomp. 'Sister' again opens with rhythmic guitars before drums and chugging bass maintain a steady driving pace. There is a feeling of choruses sounding a familiar higher pitched catchy melody from track to track but what works works and The Black Keys easily get away with any hint of similarity.

Powered by octave leaping bass, crashing, thrusting drums and offbeat crunchy guitar, 'Hell Of A Season' struts forward with a similar danceable catchy groove and confidence, clicking back to a cool half-time reggae interjection towards its' close before continuing to drive forward. The chorus of 'Stop Stop' is another gem with its' irresistibly catchy soulful funky vocal melody sounding clear over a pedal bass groove which underpins changing guitar harmony again coloured by glockenspiel. Far superior to any of their blues-tinged contemporaries such as The Dead Weather, Kings of Leon, The Raconteurs and similar, there's no danger of the blues vibe sounding dated as far as The Black Keys are concerned; seven albums in, their blend is still sounding fresh and just damn cool. The band say it right themselves in the steady-paced 'Mind Eraser' which concludes the album, sounding out the line 'no no no don't let it be over'; this is the kind of album that could be played over and over and never date nor tire - superb.