The Black Keys drummer Patrick Carney's dad threw out his Vanilla Ice tape, because he wanted him to listen to rock music. 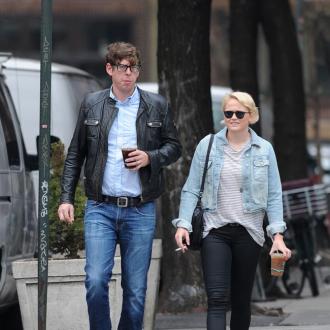 The drummer said his first album was the rapper's 1990 debut 'To The Extreme' but his dad tried to throw it away because he wanted him to listen to rock music.

He told NME magazine: ''I bought the tape home and my dad threw it into the trash can. I was embarrassed. I remember listening to the whole album and being, like 'What the f**k'.

''After that my dad introduced me to Led Zeppelin and Jimi Hendrix and all kinds of music. Just a year later I was pretty much only listening to rock 'n' roll and then Nirvana.''

Patrick - who makes up the band with guitarist and singer Dan Auerbach - said one of the pivotal points in his life was when his dad sent him another tape with The Rolling Stones' 'Paint it Black' on it.

He added: ''When my parents got divorced, my dad would send me mixtapes every week and that was on one of them. I liked the melody. Which is unusual, as that's the last thing I listen to. But the bassline rips hard. It's a dark song. My dad made me 20, 30 tapes. There was all kinds of stuff a lot of Stax records stuff, some Frank Zappa.''