Black Sabbath will play a one-off UK homecoming gig at Birmingham's O2 Academy on May 19 in preparation for their headline slot at Download Festival over the weekend of June 8-10. 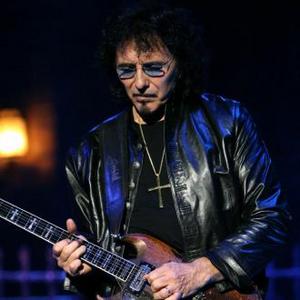 Black Sabbath will play a one-off UK homecoming gig in Birmingham next month.

The 'Paranoid' rockers will perform at the O2 Academy in the city - home to singer Ozzy Osbourne, guitarist Tony Iommi, bassist Geezer Butler and drummer Bill Ward - on May 19 in preparation for their headline performance at this year's Download Festival in Leicestershire over the weekend of June 8-10.

The performance is expected to be the group's first since they reformed with their original line-up last year, and they are likely to play new material from their forthcoming ninth studio album - which will be their first since 1978's 'Never Say Die' - at the concert.

Bill is yet to confirm his involvement in the gig after recently claiming he is being asked to sign a contract which will make him lose his ''rights, dignity and respectability.''

However, guitarist Tony is expected to perform despite currently undergoing treatment for lymphoma, which has ruled him out of a large part of the band's summer tour dates.

The band were forced to cancel a number of summer gigs as a result of the guitarist's illness, but Ozzy will be joined by a number of guests including former Guns N' Roses guitarist Slash, Zakk Wylde and Geezer under the moniker Ozzy and Friends to fill in for the band's cancelled shows in Europe.

Black Sabbath will headline the Lollapalooza Festival in Chicago in August before heading back to the studio to finish their forthcoming ninth album.

Tickets for the group's homecoming gig are priced at £45 (subject to booking fee) and go on sale at 9am on Friday May 4 from www.ticketmaster.co.uk or www.livenation.co.uk.