The boys from Birmingham have brought their doom-laden riffs to the top of the Billboard chart for the first time ever, but it might not be the last 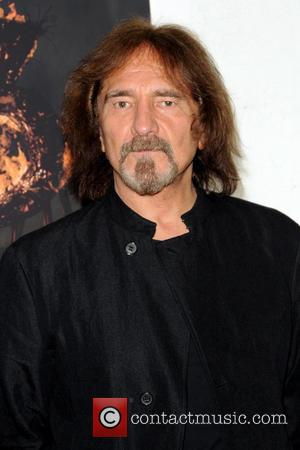 Black Sabbath are back, well and truly too, with the Gods of metal scoring their first ever number one album on the US Billboard Chart, with their comeback album 13 shooting to the top of the charts after nearly 50 years of waiting. The album ended a forty plus year wait for band to return to the top of the UK Album charts when it took the top spot last week, but in scoring their first US number one the band have performed quite a remarkable feat.

Upon hearing the news, the active members of the group each issued a statement exclaiming their shock at the success of the album, with guitarist Tony Iommi stating, "The news is absolutely amazing--we couldn't have imagined this would happen. We have the greatest fans," whilst bassist Geezer Butler had this to say; "I'm absolutely stunned. Thank you all world wide for being the best, and most patient, fans ever."

Frontman Ozzy Osbourne was equally as overwhelmed with the success saying; "There have been so many amazing highlights in our long career. To finally have our first #1 album in the U.S. is another incredible milestone for Black Sabbath. Thank you to all of our fans for their support and loyalty."

As well as the US and the UK, 13 has had considerable success elsewhere across the globe, hitting the number one spot in Denmark, Germany, New Zealand and Switzerland as well as making the top five in Australia (no. 4), Austria (no. 2), Belgium (no. 5), and Ireland (no. 5).

Whilst the dust is still settling on the new album, there have already been rumblings that the band are already planning on releasing a third album, with Butler saying he would be up for another recording session with the boys. Ozzy has also given his word that a follow-up to 13 could be on the cards, providing drummer Bill Ward re-joins. Ward had to sit out of the recording of 13 because of health issues, with Rage Against the Machine's Brad Wilkes stepping in.