Black Sabbath drummer Bill Ward will not take part in the bands three reunion shows this year, as he cannot agree a contract with the rest of the band. 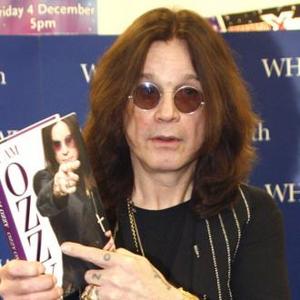 The original line up of the group - Bill, Ozzy Osbourne, Tony Iommi and Geezer Butler - came together last year to play a series of shows and record their first album together in 33 years, but Bill has backed out of the project, saying he won't agree to the contract he was offered.

He wrote on his website: ''I sincerely regret to inform you that after a final effort to participate in the upcoming Sabbath shows a failure to agree has continued.

''It is with a very sad heart that I bring you this news.

Shortly after the band announced their reunion in November, and started work on the new album, Tony was diagnosed with lymphoma. As a result of his treatment the band's planned tour had to be cut to just three dates, starting in their hometown, Birmingham, England, on Saturday (19.05.12).

The band will also close Britain's Download Festival on June 10 and perform at the Lollapalooza festival in the US on August 3.

Bill claims he was asked to play just three shows during the band's set at Download, which he turned down, and was then asked to play for free at the hometown show, which he also refused to do.

In his letter, he added: ''This statement is even more painstaking to write, as I was particularly excited to play alongside Tony Iommi after the recent treatments he underwent. I wanted that to become a reality.

''I can't prioritise the Sabbath fans making one show more important than the other. All of you are important. It's all the gigs or none at all.

''I hold no malice or resentment towards the other band members. I love them; I'm tolerant of them; I'm frustrated with them, as they may be with me. My fight has never been with them. I'll love them forever. In my opinion, nobody wins this time.''