Black Sabbath's reunion is in doubt after drummer Bill Ward has threatened to pull out of the project because he's being asked to sign un unreasonable contract. 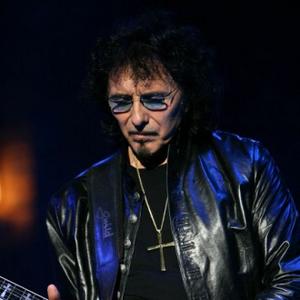 Black Sabbath's reunion is in doubt after drummer Bill Ward has threatened to pull out of the project.

The band announced they were reforming their original line up for a new album and tour last year, but this has suffered setbacks, firstly when guitarist Tony Iommi was diagnosed with cancer and now Bill claims he is being asked to sign a contract which will make him lose his "rights, dignity and respectability."

In a long post on his website, he wrote: "The place I'm in feels lousy and lonely because as much as I want to play and participate, I also have to stand for something and not sign on.

"If I sign as-is, I stand to lose my rights, dignity and respectability as a rock musician.

"Since the news of Tony's illness, and the understanding that the band would move production to the U.K., I've spent everyday getting to or living in a place of readiness to leave [The US].

"That involves something of a task, and as I've tried to find out what's going on with the U.K. sessions, I've realised that I've been getting 'the cold shoulder' (and, I might add, not for the first time). Feeling somewhat ostracised, my guess is as of today, I will know nothing of what's happening unless I sign 'the unsignable contract.'"

While he has not given specific examples of his grievances with the reunion, Bill - who completes the band with Tony, bassist Geezer Butler and vocalist Ozzy Osbourne - insists he is not complaining because he is not being offered enough money.

He added: "My position is not greed-driven. I'm not holding out for a 'big piece' of the action (money) like some kind of blackmail deal. I'd like something that recognises and is reflective of my contributions to the band, including the reunions that started fourteen years ago.

"After the last tour I vowed to never again sign on to an unreasonable contract. I want a contract that shows some respect to me and my family, a contract that will honour all that I've brought to Black Sabbath since its beginning."

Black Sabbath's planned album and tour would be the first to include the original line up since 1978. No other member of the band has yet commented on Bill's statement.