Blake Lively Determined Not To Fall Into Fame Trap 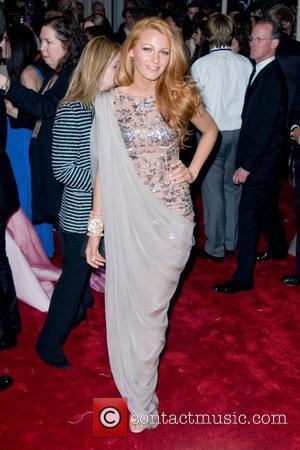 Blake Lively is determined not to make the same "mistakes" as other young stars such as Lindsay Lohan, because she is convinced impressionable young fans need more "great role models".
The Gossip Girl star, 23, is adamant she is not part of the celebrity party circuit and shuns glitzy events in favour of spending time at home with her family.
Lively hopes she can provide a good example to youngsters after years of seeing troubled young stars hit headlines for the wrong reasons, including Mean Girls star Lohan who has been in and out of jail and rehab in recent months.
She tells Britain's The Independent, "I was raised in a very rounded family from the South and (was) never much of a party girl, and if I were I would think of the obligations that I have to young girls, because I feel that there are not too many great role models, although now some are emerging.
"In the last few years the paparazzi have played out the lives of these girls for everyone to see, and so many people make mistakes at that age in our lives and it all takes place in front of the camera."