Blake Lively and her husband Ryan Reynolds have picked Blake's 'Sisterhood of the Travelling Pants' co-stars Amber Tamblyn, America Ferrera, and Alexis Bledel to be godmothers to their daughter James. 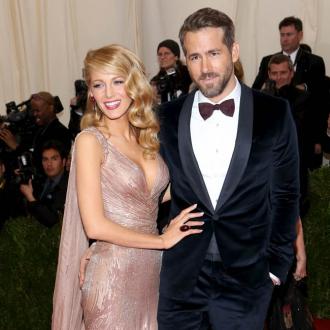 Blake Lively and Ryan Reynolds have given their baby daughter three famous godmothers.

The couple - who have been married since 2012 - have picked Blake's 'Sisterhood of the Travelling Pants' co-stars Amber Tamblyn, America Ferrera, and Alexis Bledel to be godmothers to their four-month-old daughter James.

Amber revealed the news during an appearance on VH1's 'Big Morning Buzz Live'.

Nick Lachey asked Amber if the rumour she was a godparent was true, and the 31-year-old star replied: ''Yes, that is a fact.''

All four actresses have remained friends since meeting on the set of the 2005 film and attended each other's weddings and have supported each other's careers.

It was reported earlier this year that the third and final installment of the series about magical jeans, 'Sisterhood Everlasting', is in the works.

Blake and Ryan have yet to debut their four-month old daughter to the world, but the 'Green Lantern' star has revealed that he doesn't want his child to follow her parents' career path.

The 38-year-old Hollywood hunk said: ''You worry about really stupid stuff, and you sort of sit there and go, 'Oh gosh, is she gonna wanna do this?' I like to whisper in her ear, like, really normal everyday jobs.''