Actress Blake Lively Is Shutting Down Her Lifestyle Website, Preserve, After Confessing It Did Not Reach The Potential She Hoped It Would. 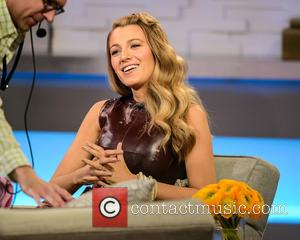 Picture: American actress and model Blake Lively who has also been married to Actor Ryan Reynolds since 2012 was snapped as she visited Good Morning America...

The e-commerce platform features clothes, accessories, home decor pieces and other items, but Lively explains she wanted it to be more than just a website people visited because it was run by a celebrity.

In a new interview with Vogue.com, she says, "We have an incredible team of people who do beautiful work, but we launched the site before it was ready, and it never caught up to its original mission: It's not making a difference in people's lives, whether superficially or in a meaningful way.

"And that's the whole reason I started this company, not just to fluff myself, like, 'I'm a celebrity! People will care what I have to say!' It was so never meant to be that, and that kind of became the crutch because it was already up and already running, and it's hard to build a brand when you're running full steam ahead."

Preserve will shut down on 9 October (15), but Lively is planning to launch a new project.

"It's very exciting and it's also incredibly scary," she continues. "I never thought I would have the bravery to actually do that, to take the site dark (sic) and to say, 'You know what, I haven't created something that is as true and impactful as I know it can and will be. And I'm not going to continue to chase my tail and continue to put a product out there that we, as a team, are not proud of'..."