Blake Lively finds people treat her differently when she changes her hair colour, and she gets more ''respect'' when brunette. 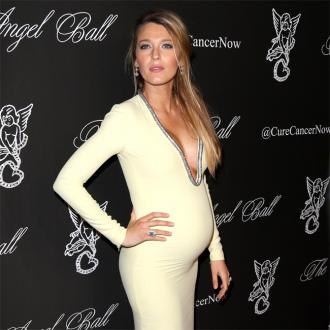 Blake Lively got more ''respect'' when she had brown hair.

The blonde star darkened her locks to star 'The Green Lantern' in 2011 and claims people treated her differently, both then and when she experimented with a red hue, as a result.

She said: ''I loved having brown hair. You feel different.

''I also felt different as a redhead. People treat you differently.

'' They're a little goofier with you, a little zanier, when you have red hair.''

The 'Age of Adeline' actress - who has six-month-old daughter James with husband Ryan Reynolds - kept her pregnancy hidden until she was seven months along by wearing baggy gowns but was relieved when it was out in the open.

Discussing a tight-fitting Gucci gown she wore at New York's Angel Ball, she told Britain's Glamour magazine: ''That shows how happy I was to dress like I was pregnant, after wearing big tents.

''It was a regular Gucci dress, when they sent it to me, they didn't know I was pregnant.

''It was so stretchy. It was fun to be pregnant and to feel like I could own my womanhood.''